How to force include styles in Critical & Used CSS

FlyingPress tries its best to render pages in a Chrome browser to detect Critical and Used CSS.

Incase some CSS is not included in your Critical and Used CSS, you can tell FlyingPress to forcefully include them. All you have to do is specify the CSS selector.

For example, let's say we have a Cookie notice which somehow didn't get added in Critical CSS. 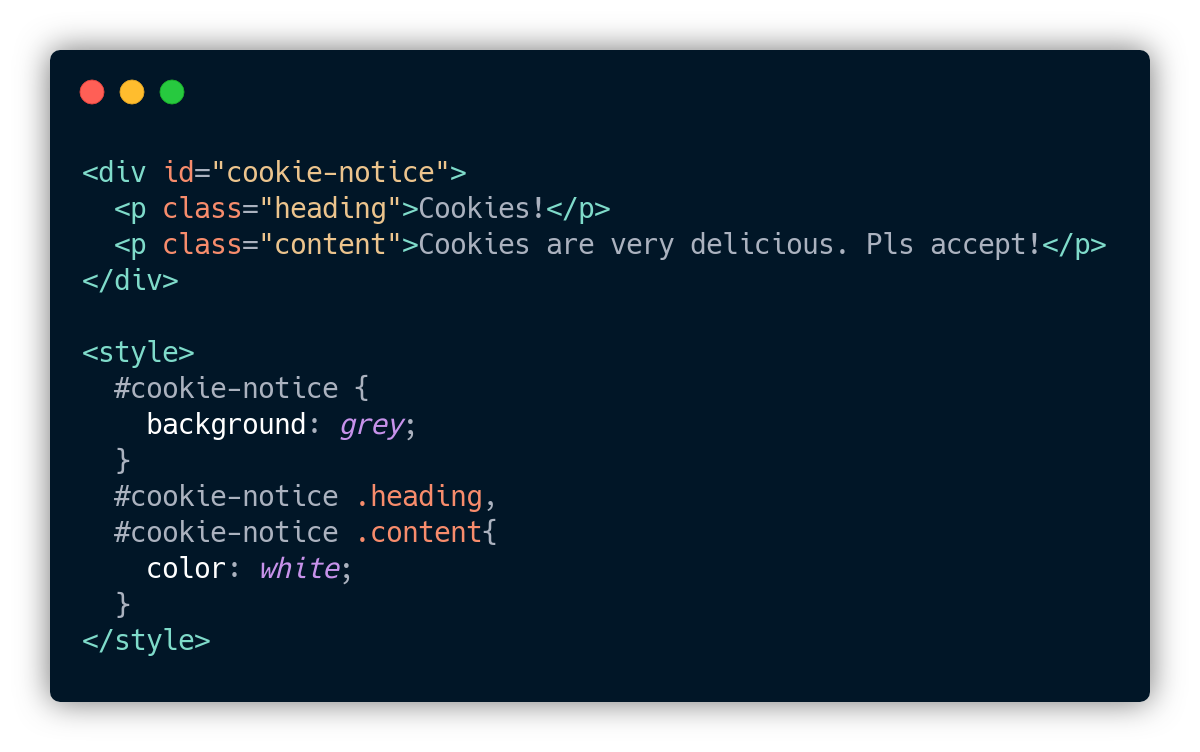 In order to forcefully include the CSS required for this, just add "#cookie-notice" or "cookie-notice" to the CSS -> Force Include Selectors: 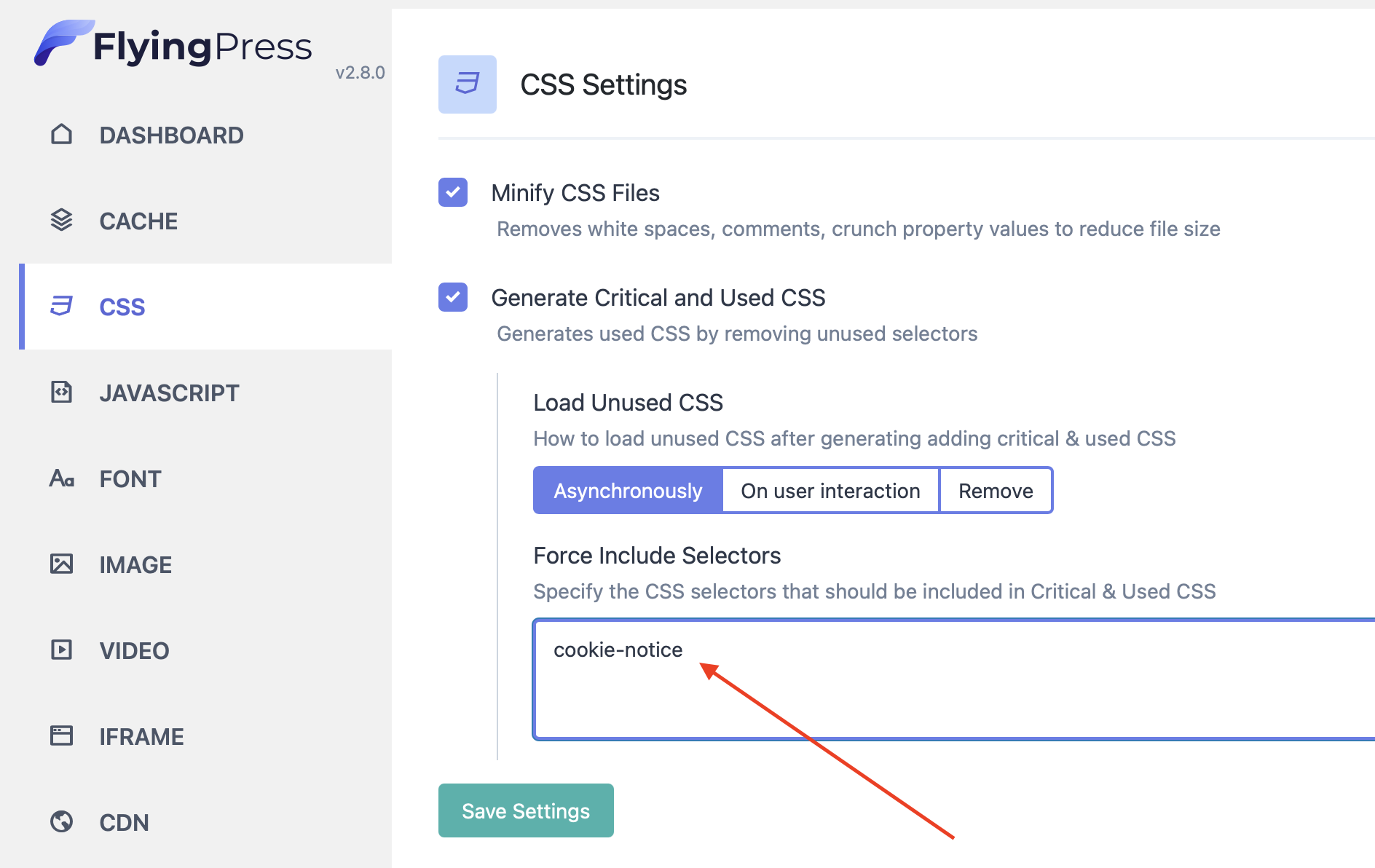 This will forcefully include all styles related to cookie notice!